Raining in my heart

“There’s a grief that can’t be spoken, there’s a pain that goes on and on”. The words from the melancholic song in Les Miserables are never more true for us than now. Its’s been a little over 4 months. On March 2nd we commemorated what would have been Fabian’s 13th birthday. Having already been blessed with three teenagers I wish with all my heart for Fabian to have been my fourth. His loss is truly devastating and profoundly sad for all those that knew him. I’m told that the basic instinct to live and get on helps get you through but then not to block the pain through overdoing it. Here at home, we are surrounded by physical reminders of his presence; toys, clothes, places he played. The many photos and videos we have of him are bitter sweet, evoking an aching sadness together with sweet memories. We’ve left his room much as he last left it, lego kits, hot wheels and an array of his baseball caps all still in their place. It is a sanctuary where I feel close to Fabian, both there and at his raised vegetable garden that brought so him much delight in his final months. The huge marrow that was his pride and joy amazingly still lies there, recognisable but gradually rotting. When it finally decomposes, another tangible connection with Fabian will have gone and only the precious photo we have of him holding it will remain.

So having commenced this lifelong journey of grief, what have I learnt so far? As a Christian who believes God can and does heal, how has my faith been affected? I’m quick to recognise that this life experience is hardly unique and many, many others have travelled the same road and written more eloquently than I ever could about child bereavement. A good example being the best seller ‘When bad things happen to good people’ (note the title states “when” not ‘if’) which certainly challenges the usual Christian response to suffering. The fact is, for more than 8 years many prayers for Fabians’ healing were said in good faith. And yet he did not live. We certainly accept Gods sovereign will, but one could be forgiven for asking how the death of a child could be Gods’ will. That will be my first question when we meet. Yet we were right to continually pray for a cure, but could never assume God would reverse the spread of disease for our son when He does not intervene miraculously for many other ‘good’ and ‘righteous’ people fighting terminal cancer.

Despite the outcome, we felt Him with us every step of the way and this was evident through the love and support of those around us, for as someone has said, human beings are God’s language. So, the skilful doctor, dedicated nurse, comforting pastor, devoted friend and supportive family member were all daily answers to those prayers during Fabian’s journey. And you know our palliative care nurse shared what I felt was a profound truth just hours after Fabian passed as we sat together going through practicalities. She observed that in her work with the dying she sees many small miracles, but few big ones. I think this is what we sometimes undervalue, the small victories and breakthroughs of which there were many in Fabian’s life despite him not getting ‘the big one’. Don’t get me wrong, I would selfishly exchange all of this just to have our son back, but as time passes maybe a bigger picture will emerge. For instance, I am starting to see that all of Fabian’s unlived years have transferred to us, his family, especially his three siblings who have their whole lives ahead with which to live out a legacy for their brother. Indeed, the three areas in which each of them individually excels – science, music and art, will I feel sure, be that little bit richer for the greater strength of character and purpose that the children now have. We see signs of this already; Oleander recently chose to research a technical aspect of leukaemia diagnosis for her dissertation. Ben has been inspired to compose music in his brothers memory; Cassia draws and paints exquisitively from the heart.

To other news, the long-awaited film featuring Fabian and two other children who underwent treatment at Great Ormond Street Hospital will be shown on ITV1 sometime in April. They’ve called it ‘Raining in my heart’ (though we’re not sure why!). Follow the Twitter feed at #raininginmyheart for further announcements. We’ve seen the final edit and feel truly blessed to have such a beautiful record in film of his last year with us (have the tissues to hand, though). We’re also moving forward with the Memorial Fund which will shortly receive charitable status. You can now donate via PayPal from the lego link on this site.

Let’s continue to remember Fabian as he remains in our hearts. 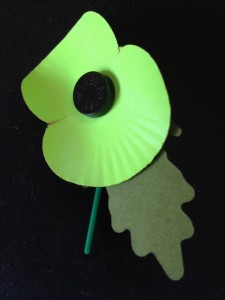